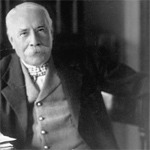 A third of participants have never listened to the genre and 4% wrongly identified a type of Italian cheese ball as a composer.


The British may be a nation of music lovers, but they are clueless when it comes to classical composers, a survey revealed today.

One in three people (33%) have never listened to classical music and 4% of those surveyed wrongly identified Bocconcini – small Italian cheese balls – as a composer.

The Reader’s Digest survey of 1,516 people also found that most were unable to link composers to their masterpieces. Three out of four (75%) did not know that Elgar wrote Pomp and Circumstance, and 27% did not even know he was a composer. Sixty-eight percent did not know Tchaikovsky wrote the 1812 Overture.

The Welsh were more likely to own a Vivaldi or a Wagner, with 72% possessing at least one classical CD compared with the British average of 59%.

Most participants (61%) said they liked classical music, with the older generation much keener than the younger generation.

I suspect that a combination of uninspired teaching and the elitism that surrounds much of the genre has alienated many people, hence the lack of knowledge of some of the greatest classical music and composers of all time.”

He added: “Classical music at its best can be moving, life-enhancing and uplifting. It should be accessible to all.”