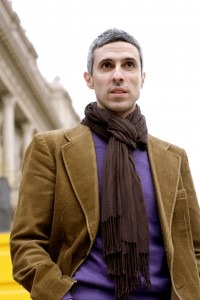 Loving opera is such a simple thing. And yet the conventional wisdom seems to strive to make it complicated.

Opera, and classical music, are elitist and arcane: This view is held both by people who don’t care for them, and by many of those who do. How many fans have you heard using words like “passaggio,” “portamento,” “tessitura,” as if to signal their insider knowledge? Even an innocuous mention of “Beethoven’s Op. 111,” which seems like a perfectly reasonable way to refer to that composer’s final piano sonata, earned me a snort of suppressed laughter from a non-specialist friend the other week during a discussion of whether classical music can ever really rock.

So how do people actually become fans of such off-putting stuff? If you look through a bookstore, you can find an entire literature of classical-music introductions and “Opera 101s,” most of it at least tacitly based on the idea that you need to grasp this specialized knowledge to enjoy, or even to partake of, this refined fare. Well, you need specialized knowledge to watch a baseball game, too, but people don’t generally seek out books called “An Introduction to Baseball” to understand what they’re supposed to be getting out of a game.

Hang on to that sports analogy. It’s a lot more useful, when you’re talking about loving classical music, than all of this jargon stuff. Opera fans have a lot more in common with sports fans than they do with academics. And when they fall in love with opera, it’s not usually by reading high-falutin’ introductions. It’s by going to the opera.

Two diametrically opposed views of an introduction to opera have come out within the past year. One has impeccable credentials: a handsome volume in the Cambridge Introduction to Classical Music series, titled simply “Opera,” by an independent lecturer on opera named Robert Cannon, who stuffs his book full of information, knowledge, plot and score analyses, and endless tables. The other explodes stereotypes: “The Opera Fanatic: Ethnography of an Obsession,” by the sociologist Claudio Benzecry, follows a group of hard-core opera fans in Buenos Aires. It defies conventional wisdom about opera’s elitism and social decorum simply by observing and recording a group of largely blue-collar people whose passion for the form has little to do with intellect.

Cannon’s “Opera” has all the earmarks of a solid introduction. “Opera is a dramatic form whose primary language is music,” it opens, and having found this definition, returns to it from time to time in satisfaction at this pithy formulation. It follows the accepted timeline, from Greek drama to the origins of modern opera in the late 16th century, through to a good range of 20th-century opera. Commendably, it even goes beyond the historical narrative, with chapters (albeit brief ones) on such subjects as historically informed performance and stage direction, both key aspects of the opera-going experience today.

The question is whether such a guide — designed in part for laymen with some prior knowledge of opera, and in part as a college textbook — actually communicates anything salient to someone who simply loves opera, or wants to. One stumbling block is that the author, who is obviously a font of knowledge, is slightly challenged when it comes to imparting it, relying heavily on tables to convey his meaning in a way that amounts to a kind of academic PowerPoint lecture.

Another hurdle, though, is the assumption that all these nuggets of knowledge add up to anything appealing to someone who wants to fall in love. In theory my younger self, as a college student, would have been this book’s target audience: a nerdy kid newly thrilling to the very existence of this art form. But for me, in those years, falling in love with opera was a visceral, passionate experience. When I think of learning “La forza del destino” I think not of reading a book but of sitting on a train on the way to New York listening to cassette tapes of the opera on my Walkman, and hearing Maria Callas arc Leonora’s prayer to the Virgin up, and up again, husky and yearning, in the dust-moted sun.

Benzecry’s book doesn’t try to communicate a love of opera: It simply depicts how that love happens. His subjects, none of them wealthy, attend the opera several times a week (often in standing room or the upper balconies, where tickets are not prohibitively expensive). They are not intellectuals; they are certainly not elitist; and they were not drawn to opera by any sense of social obligation. Secretaries and sports writers and blue-collar retirees, they argue passionately about singers, productions and composers, drawing on their own experience and on a wealth of information passed on orally by older and more experienced devotees.

And how did they fall in love with opera? Certainly not through academic introductions, or books, though many of them, Benzecry shows, do attend music appreciation lectures to augment their knowledge. But the initial spark is more likely to have been a powerful “aha” moment at the opera, when first taken by a parent, or a friend: an experience of falling in love that awakens in them a thirst to go back, and back, and back.

Benzecry’s book depicts a world that’s familiar to any frequent opera-goer. Such fandom is a long-standing part of opera tradition. Nineteenth-century opera was a populist art; most audiences experienced it viscerally, singing Verdi’s tunes on the street or swooning in titillated delight after hearing Wagner. You can still get dizzy listening to Wagner — I remember experiencing the “Tannhäuser” overture, at an early encounter, as a kind of psychedelic drug trip — and you can still get passionate about the opera singers who bring these works to life.

Yet few opera guides touch on these aspects of opera. This is partly because even the hardest-core opera fans tend to put opera on a pedestal, subscribing to the notion of it as something better, something higher, something that gives color and meaning to life. This worshipful attitude toward opera, through which even the drollest opera buffa is seen through a more rarefied lens than much more serious but populist contemporary art, is part of what makes the form so off-putting to first-timers, who see it as something that involves unfamiliar rituals, special clothes, expense and jargon, and that is probably boring.

I’d love to see an opera guide that depicts the world of opera as Benzecry’s subjects experience it: a place of gossip and passion and temperamental celebrities and cathartic music, none of it requiring any specialized knowledge whatsoever. The idea that you need to understand the terminology, or the structure of the score, to enjoy it is as spurious as the idea that you need to be able to name the muscles of the human anatomy in order to enjoy sex. You want to become an opera fan? Listen to the music. Attend a performance. And save the reading for later.