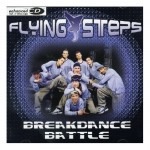 Break-dancing combines with Bach in Berlin this month as an award-winning dance group and an avant-garde musical director put an ultra-modern spin on the composer’s almost 300-year-old music. For 12 nights from Tuesday, Berlin-based Flying Steps, four times world champions in break-dance, perform to works from Johann Sebastian Bach’s The Well-Tempered Clavier.


“Flying Bach”, as the show is known, is billed as “hip-hop philosophy meets classical genius” and a “Bach battle in 12 rounds”.

The 70-minute performance sees the composer’s preludes and fugues played either on piano or harpsichord, or given an electronic makeover and pumped through speakers at Berlin’s Neue Nationalgalerie.

As the group’s founder, Vartan Bassil, explains, the six dancers of Flying Steps mix up break-dancing with so many different high-energy styles that it can look like something completely new.

“It is a huge challenge to perform to classical music. With hip hop we move in time with the beat. But with Bach we also have to transform quieter noises into movement, and mirror the feel of the music.

“In break-dance, technique and acrobatics take centre stage, the combination of individual moves. But for Flying Bach we wanted the emotion of the music to come across.”

Video artist Marco Moo, meanwhile, beams live visuals on the walls, onto the museum’s huge windows behind the performance and, at one point, onto a white sheet held up by the dancers on stage.

For the project, Flying Steps teamed up with German director Christoph Hagel. He is no stranger to giving classical music a makeover, having previously staged Mozart operas in a power station and in a metro station. “My job is to explain the music, to make the dancers understand how artful and refined Bach’s music is. But I stayed out of the choreography,” he says.

The result was a new experience, and Hagel says he was amazed by how well break-dance lends itself to Bach; better than classical ballet, for example. He also thinks traditionalists could learn a thing or two from the group.

“Flying Steps have such an unpretentious way of listening to and interpreting music … I am amazed by their energy and directness – it’s not something I know from the high-minded world of high culture,” Hagel says.

“We want to show that Bach is high-energy music and that hip hop can be great art.”