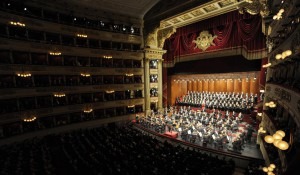 Many scientists have speculated that Beethoven had an arrhythmia (an abnormal heart rhythm), and some of his music is evidence of that. It seems that certain parts of the opening of the Piano Sonata in E-flat major (Opus 81a) were “transpositions” of irregular heart rhythms.

In fact, in the book A History of the Disorders of Cardiac Rhythms by German electrophysiologist Berndt Lüderitz, he mentions that Beethoven was thought to have an arrhythmia. I looked further and found that a few others had mentioned this as well. Full story.