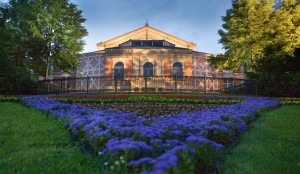 The Federal Audit Office, or Bundesrechnungshof, said that 60 percent of tickets to the opera festival are pre-allotted to privileged groups, such as festival patrons, sponsors, local and regional government officials and musicians, according to Die Welt, which said it obtained a copy of the internal report.

The Bundesrechnungshof acknowledged the existence of the report though it declined to confirm details. Die Welt said the auditors recommended abolishing the special contingents, saying they “do not conform with the government’s subsidy goals.”

“Minister Bernd Neumann will ensure that the auditors’ report is discussed in the responsible festival supervisory bodies,” said a statement from his office sent by e-mail today. “Where appropriate, the practices will be corrected.”

The Bayreuth Festival takes place every summer in the theater founded by the composer Richard Wagner in 1876. It is more than 60 percent privately funded, with the rest of the financing coming from the federal government, the Bavarian government and local authorities.

Members of the public can wait as long as 10 years for tickets and must reapply each year to remain in line.