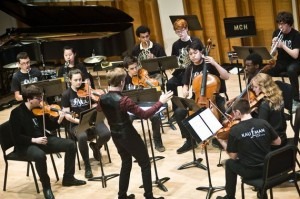 Many critics and skeptics have made the bold claim that classical music is dead.

It’s true that classical music isn’t what it used to be — but neither is music in general. It isn’t consumed in the same way and its dedicated fan-base is primarily white and old in a country whose population is increasingly neither.

It is also no secret that financial troubles have plagued the genre. The Philadelphia Orchestra, for example, declared for bankruptcy in 2011; New York City Opera filed in 2014, ultimately shutting down, and Boston Classical Orchestra canceled the remainder of its 2015-16 concert season after bankruptcy. Additionally, Chicago, San Francisco and Minnesota symphonic orchestra musicians have all gone on strike in recent years after failing to resolve contract disputes. Full story.