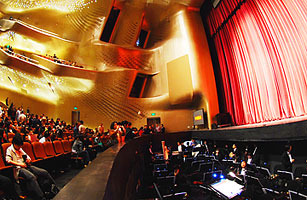 As if any more proof was needed of China’s growing dominance, it is now being bellowed at full volume by tenors and sopranos. Chinese composers have become a major source for opera in Europe and North America, while more opera festivals are staged in the People’s Republic than anywhere else. “The future of opera may be in China,” says Tian Hao Jiang, China’s most celebrated operatic export a mainstay at New York’s Metropolitan Opera. “So it’s about time to reverse the trend. Instead of Chinese singers always coming to the West, Western singers are coming to learn Chinese.”

That’s the idea behind Tian’s “I Sing Beijing,” a summer program bringing some 20 promising young professionals from the U.S., Europe and South America to China to learn to sing in Mandarin, a program that will culminate with a gala concert at the National Centre for the Performing Arts on August 18. For participants, it’s a chance to see China and eat dumplings; to study Mandarin and perform in it. For Tian, it’s the fruition of a ten-year vow to bring fellow singers back to the country he left 28 years ago. “I was always telling my colleagues they had no idea about Chinese culture, and someday, I’d bring them here.”

The fact that Tian’s program has launched at this moment isn’t just due to the fact that Beijing is funding programs like his that promote Chinese language learning world-wide, or even the support of the Obama Administration’s goal to send “100,000 strong” U.S. students to China. Composers like Tan Dun, the avant-garde creator of five operas including “The First Emperor” as well as the score for Crouching Tiger, Hidden Dragon, have been leading a new wave of Western operas written in Chinese. “There’s a thirst for new operas, with so much of our repertoire stuck in the 19th century,” says Peter McClintock, a Metropolitan director who is an instructor in the program.

It’s a welcome boost for an art form that has been struggling to deliver to its traditional audiences. Only three of 28 recent productions at the Met in New York City were premieres of new works. While opera companies in Italy are scraping together funds to survive, some 50 opera houses are currently under construction in cities throughout China, symbols of the nation’s new membership in the world’s cultural elite. “In Guangzhou — even Fuzhou — there are world-class facilities,” says Tian proudly. “Chinese consider this the highest art form, but they realize they need help to mount their productions properly.”

For fledgling singer Juliet Petrus, those venues “could be the chance to start a career on the other side of the world,” says the 32-year-old Midwesterner. Leaving a two-year-old child behind for the summer, Petrus has been charged with the daunting task of singing “I Love You China,” the nation’s most patriotic ballad, at next month’s finale — in Mandarin. Learning the language, says Tian, will help the performers “think and feel in Chinese, so they can sing those parts better.”

Response to Tian’s initial call for applicants was strong, with around 200 performers auditioning in New York, L.A. and Denver. “It was a little different audition,” says Petrus, “After my aria, they asked me what was the strangest thing I had ever done in my life.” Kurt Kanazawa, a half-Japanese, half-Filipino performer from Hawaii, was a recent Columbia grad working in the Met gift shop in New York when he saw a recruiting poster. “Being Asian is going to be an advantage where it once was a handicap,” says Kanazawa. “In China, you can see the astounding numbers of people studying opera and the number of new composers. It’s a great opportunity — a new energy here.”

For Tian, the high point of the program may be a planned visit to the factory for electric boilers where the famed tenor once worked for six years. “We’ll sing some songs there. They make a joint venture product now — East and West, just like me.” He hopes this will become an annual program, and is already planning next year’s to include a tour of five or six Chinese cities and, more ambitiously, the first full opera sung in Chinese by an all-Western cast. By the sound of it, there may be more arias in Mandarin than in Italian before too long.