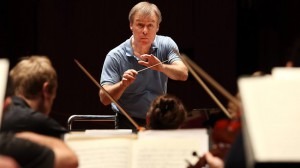 LAST weekend in Brisbane, a rare moment of reflection took place after Queensland Symphony Orchestra performed Mahler’s Ninth Symphony. When the work came to its haunting conclusion, the audience responded with silence.

It wasn’t a snub. They put their palms together, enthusiastically too, but only after a moment’s pause. The Australian’s Brisbane music critic, Martin Buzacott, took that little pause as a sign of respect for the composition and the performance. “No boorish enthusiasts with impulse-control issues breaking the spell, no feet-shufflers or bus-catchers exiting from the centre seats,” he wrote. “Just pure, glorious silence.”

Debates about applause etiquette are as old as they are wearying. One of the main talking points – whether to treat people like outcasts if they clap between movements – occupies the thoughts of audience members more than the musicians on stage. It’s hard to find a musician who doesn’t like people applauding their work. Some can be prickly about general crowd noise, but most respond well to expressions of delight, as you would expect.
Alex Ross, music critic at The New Yorker magazine, has written persuasively about these constraints on audience behaviour, warning that newcomers won’t bother with classical music if they get told off for clapping at the “wrong” time. It’s a 20th-century phenomenon anyway, Ross says, this habit of snuffing out spontaneous reactions.

The latest figure to join the conversation is David Robertson, chief conductor-designate of the Sydney Symphony. This week, he made it clear he was pretty relaxed about inter-movement clapping. Robertson noted how Mozart would engineer applause, and said he even planned to instruct audiences next week to clap between the third and fourth movements of Tchaikovsky’s sixth symphony, the Pathetique.

The issue for Ross and Robertson is artificial restraint: audience members being unsure whether they are allowed to clap, even when they feel the urge.

But what about the rush to clap? As that Brisbane concert made clear, there’s something to be said for silence.

It’s a subtle issue, turning on a few seconds of nothing. But that brief moment of silence after Mahler’s famous Adagio was enough to leave a shine on the entire performance.

When it happens, the effect can be enchanting: the performance ends with a whisper, the final notes hang in the air, fading to nothing. Everyone sits still, savouring the moment. Then someone falteringly starts to clap, and it’s all over.

Silence isn’t always golden. A piece may end with a sudden dramatic flourish, prompting a more immediate reaction. Context matters too: you could hardly blame Prince fans for screaming at the end of Nothing Compares 2 U.

But some works finish in a more reflective state. On those occasions, there’s no need to clap once the final note has been played. Just as there’s no need to suppress enthusiasm between movements if the music moves you. Or not to clap at all. (Not to mention the intricate etiquette of the standing ovation, which is another discussion entirely.)