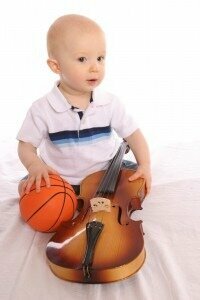 It stopped just short of promising eyesight to the blind or rain from dry skies. But disciples of the 1993 “Mozart Effect” study made impressive claims: Listening to music, they said, could boost Junior’s math scores and maybe even get him into Harvard. The idea sparked a cottage industry of CDs, classes and books for babies and toddlers.

But the now-famous study was vastly misconstrued, and 20 years and many studies later, neuroscientists are giving us a broader understanding of how musical training can impact brain development and cognition.

The latest addition to the body of research came with a study published on Wednesday in the Journal of Neuroscience. It showed that people who took music lessons during childhood seem to have a faster brain response to speech much later in life – even if the child musicians hadn’t picked up their instruments in decades.

“What happens when we get older is that neural responses slow down, especially in response to very fast and complicated sounds like consonants,” Dr. Nina Krauss, a neuroscientist at Northwestern University tells Naomi Lewin. The study included 44 adults, aged 55 to 76, who listened to a recorded speech sound while the researchers measured electrical activity in the auditory brainstem, the region of the brain that processes sound. The more years that a person spent playing instruments during childhood, the faster their brains responded to the speech sound.

Kraus’s lab has been a driving force in research around music and brain development. Among her other recent studies is one involving the Harmony Project, a program providing free instruments and instruction to at-risk kids in Los Angeles. Students there were tested on their ability to identify rhythmic patterns.

“After a year of training, the kids who have been in the music training are better able to synchronize to the beat and to remember the beat,” said Kraus. This can serve to promote other cognitive skills, such as reading and speech.

Virginia Penhune, a psychology professor at Concordia University in Montreal, says there’s a “sensitive period” when musical training most interacts with normal brain development. Earlier this year, her lab published a study in the Journal of Neuroscience in which 36 adult musicians had their brains scanned while performing a simple movement exercise. Half of these musicians began musical training before age seven; the other half began at a later age.

“What we found is that the younger you start your training, the stronger the connection between the two motor regions of your brain,” she said. Crucial to this phenomenon is the high level of hand coordination involved in playing a violin or piano, for instance. So, according to Penhune, “We think it’s that part of what you practice that changes these connections [in your brain].”

And what of the Mozart Effect? Do those “Mozart for Babies” recordings haunt scientists today, misrepresenting music’s intrinsic capabilities? Or did the 1993 study raise the overall awareness for cognitive research involving music?

“One of the difficulties of the Mozart Effect was it was associated with the passive listening of music,” said Kraus. “The work that Virginia and I have been talking about is really in stark contrast to that. It is the active engagement with an instrument.”

Penhune agrees. “It also brings up this idea of, what do you expect music to do for you? Really why we take music lessons is we want kids to learn music and enjoy music and have social benefits of music. Thinking of it only as a way to change other things is a little bit of a mistake.”