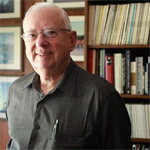 
Yet according to a recent article in an academic journal, researchers have posited at least 118 causes of death for Wolfgang Amadeus Mozart.

A modest industry of medical speculation has grown up around the subject, evidence of our fascination with what cut down great creative artists in history. In Mozart’s case published speculation began within a month of his death in 1791, and musicologists, physicians and medical scholars have regularly joined the fray ever since.

Dr. William J. Dawson, a retired orthopedic surgeon who is the bibliographer for the Performing Arts Medical Association, decided to organize the theories. He examined most of the 136 entries in the association’s database dedicated to Mozart’s death, a list by no means comprehensive.

“Reviewing the publications on this topic finds many of them to be confusing, complicated, conjectural and contentious,” Dr. Dawson, an emeritus professor at Northwestern University’s medical school, wrote in the latest issue of the association’s journal, Medical Problems of Performing Artists. His conclusion is not surprising: controversy will rage on, unabated.

With direct evidence lacking, researchers have had to rely mainly on accounts by Mozart’s widow, Constanze Mozart, and her sister, Sophie Haibel, given some decades later. Evidence also comes from an undated document by Mozart’s son Karl Thomas and from a description — again, decades later — by a Viennese doctor who spoke to the physicians who treated Mozart in his final days.

Scholars have also examined accounts of Mozart’s ailments in letters written by family members, especially his father, Leopold, to uncover signposts regarding his final sickness. Speculation about an abnormality in the shape of his ear has even led some to suggest that kidney failure was likely, since urinary tract deformities are sometimes related to ear abnormalities.

The indirect evidence itself rests on a quicksand of changing medical definitions, sometimes mistranslated phrases from original testimonies and leaps forward in the understanding of diseases and how the body works.

“As people read the symptoms and patterns of the disease as written by the contemporaneous authors,” Dr. Dawson said in a recent interview, “these physicians, in their own minds, try to put together, ‘What does this represent?’ ”

The outline of Mozart’s final illness is clear. He took to his bed on Nov. 20, 1791, after an intense period that produced “The Magic Flute,” “La Clemenza di Tito,” the Clarinet Concerto, a Masonic cantata and parts of his Requiem. His hands and feet swelled. He grew listless, suffered vomiting fits and ran a fever.

On Dec. 4 several friends apparently went to his bedside to sing parts of the Requiem. In the evening Mozart took a turn for the worse, and his doctor, Thomas Closset, was summoned from the theater but sent word that he would come once the show was over. When he arrived, he ordered cold compresses applied to Mozart’s head, which witnesses said caused the patient to shudder. An hour past midnight on Dec. 5, Mozart was dead, at 35.

Closset diagnosed Mozart’s ailment as acute miliary fever, which is more a description than a disease, miliary being a term used to describe millet-sized pustules — effectively, a rash. It was put down as the official cause of death in the records of St. Stephen’s Cathedral in Vienna. Mozart’s body was buried, without marking, in a common grave, according to the typical practice of the day for the Viennese middle class, ensuring that no remains that are indisputedly his are available for testing.

Dr. Dawson is not the first to survey theories about Mozart’s death. One of the major scholars in the area is L. R. Karhausen, a physician in France who came up in 1998 with the figure 118 for the causes of death that Dr. Dawson cites in his article.

Dr. Dawson declines to give his own specific number. But he divides the causes into five groups: poisoning, infection, cardiovascular disease, kidney disease and miscellaneous. Bloodletting as a treatment may also have hastened Mozart’s death.

The poisoning theory — whether by Mozart’s colleague Antonio Salieri or by Mozart himself to treat syphilis (an illness long since discounted) — was knocked down fairly summarily after a round of early-19th-century gossip. Mozart himself was said to have suspected poisoning, then changed his mind in his final months.

In the infection category bacterial endocarditis, streptococcal septicemia, tuberculosis and parasitic infestation have all been proposed. Rheumatic fever has been a major candidate since a landmark study in 1966 by Carl Bär, a Swiss doctor. Under cardiovascular disease, the causes include a stroke and congestive heart failure. The most citations found by Dr. Dawson fall under uremia, a buildup of toxins in the blood caused by kidney disease.

“If I had to put two cents on something, it would probably be kidney failure,” Dr. Dawson said. “It was probably the most common diagnosis. People who know more about these things than I consider it the probable principal cause.” The cause of Mozart’s kidney problems remains in dispute too.

Another major theory, propounded in detail in the 1980s by the researcher Peter J. Davies, blames Schönlein-Henoch syndrome, a rare disorder of the blood vessels, as the underlying cause. The syndrome caused kidney failure; a brain hemorrhage and pneumonia were the coups de grâce, Mr. Davies put forth.

All this gives rise to a question: Why does the subject arouse such intense interest? Earlier this year, for example, a researcher at Mount Sinai School of Medicine, after testing what are believed to be shards of Beethoven’s skull, called into question the theory that he died of lead poisoning.

Part of the reason may lie in the close overlay between music and medicine. A high proportion of doctors seem to play instruments; in fact, Dr. Dawson is an accomplished and active bassoonist.

The very idea that remarkable individuals who gave life so much beauty could be brought down by ordinary physical ailments, particularly diseases that are now easily treatable, is inherently fascinating. That perception makes people of genius seem closer to us.

“They’re immortal and mortal at the same time,” said Dr. Jeffrey R. Saffle, a general surgeon and director of the burn-trauma unit at the University of Utah Medical Center. “They’re larger-than-life figures from the standpoint of what they created, but they are very ordinary in terms of their lives and births and deaths.” Dr. Saffle and his brother Michael Saffle, a music historian at Virginia Tech, wrote a survey of the literature regarding the medical histories of prominent composers.

“Medical people like to extend their expertise to this sort of investigative work,” he added.

For Dr. Dawson, studying the deaths of composers fits in with our desire to become closer to them. “This,” he said, “is another part of what those lives are about.”