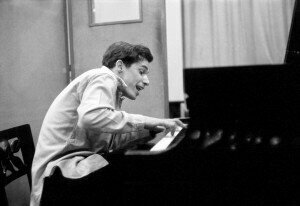 Sitting comfortably in my living room, I had every intention of listening to the boxed set that had recently landed with a thud in my mailbox. For Bach lovers, Glenn Gould fans and pianists (I’m all three), here was perhaps the ultimate find of recording history, finally available: the nearly five hours of Gould’s complete recording sessions for his momentous debut album, Bach’s “Goldberg” Variations.”

But I couldn’t make it through, not even close. Let me explain.

In four intense sessions in a Manhattan studio in June 1955, the 22-year-old Gould recorded his breathless, uncannily clear account of the “Goldbergs.” The release turned what had previously been considered a lengthy piece for harpsichord, of interest only to Bach specialists, into a runaway hit. It also made the gangly, eccentric Gould an unlikely classical superstar. Full story.