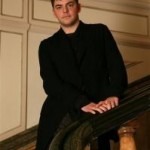 Nico Muhly, a 28-year-old composer based in New York, has been commissioned to create a fictionalized account of a British teenager who used the Internet in an attempt to arrange his own murder in 2003.


Given the working title “Two Boys,” the opera has a libretto by Craig Lucas. Its world premiere is scheduled in June 2011 at London’s English National Opera and will be presented by the Metropolitan Opera during the first half of the 2013-14 season.

The story of what happened in Altrincham was recounted in Manchester Crown Court in May 2004. A 14-year-old boy posed as a female British spy in an Internet chat room and tried to persuade a friend who was two years older to murder someone alleged to have a terminal brain tumor. The 14-year-old was in fact trying to get himself killed. He was hospitalized with stab wounds and pleaded guilty to incitement to murder and perverting the course of justice. The older boy, who fell in love in his younger friend, pleaded guilty to attempted murder, and both were sentenced to supervision.

“There’s this constant subtexture of deception online. It’s omnipresent, and you never know who you’re actually talking to in any context,” Muhly said. “To me, it felt as exciting as the scenes in `Don Giovanni’ where you go to the peasants’ ball and everyone’s dressed up.”

Muhly’s opera, his first, was given a workshop at Lincoln Center with two pianos last fall and will be the first opera to reach the Met under its commissioning program with Lincoln Center Theater. The idea is large-scale works go to the Met and smaller pieces to the Vivian Beaumont Theater.

“We thought it would be a terrific opera,” Met general manager Peter Gelb said. “It’s now going to have another workshop in London this summer.”

Muhly, a Vermont native, is a graduate of Columbia and Juilliard who has worked for Philip Glass and Bjork. He has written scores for the movies “Choking Man” and “The Reader” and has composed orchestral pieces premiered by the Chicago Symphony Orchestra and the American Symphony Orchestra.

Central characters in the opera are written for a tenor and a boy soprano, and the cast also includes a mezzo as a lead policewoman and a “terrifying” base-baritone.

Casts may be different in London and New York. Gelb said the ENO would defer to the Met if the opera is recorded for a DVD.

“For the Met, we try to cast sometimes bigger voices because of the size of the theater and we would like to have a well-known singer or two, which helps us not only in the artistic execution but in connecting with the public,” Gelb said.

Muhly said the work is written for a standard orchestra and will not have electronic music. He mentioned Benjamin Britten’s “Peter Grimes,” John Adams’ “Nixon in China” and Henry Purcell’s “King Arthur” as operas that appeal to him.

“I personally feel an enormous alienation from I would say sort of 19th-century Italian opera,” he said. “For me the stories don’t necessarily connect.”

A 2005 article about the Internet murder in Vanity Fair, “U Want Me 2 Kill Him?” is separately being developed into a movie.

The Met has been pushing to schedule at least one contemporary work each year. “Nixon in China” is set for 2010-11, followed in 2011-12 by “Enchanted Island,” a baroque evening conducted by William Christie with a libretto by Jeremy Sams and production by Phelim McDermott and Julian Crouch.

Thomas Ades’ “The Tempest,” in a new production by Robert Lepage, is slated for 2012-13 and a world premiere by Osvaldo Golijov on the relationship between science and religion is planned for 2014-15. Lepage will direct the opera, with a libretto by Alberto Manguel.

The next Met-ENO workshop will be of Michael Torke’s “Senna,” about Formula One driver Ayrton Senna, set to premiere in London in September 2011. The librettist is Michael Korie and the director is Des McAnuff, who directed “Jersey Boys.”