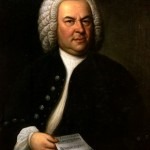 In 1890 a 13-year-old Spanish musical prodigy, Pablo Casals, was rummaging through a second-hand sheet-music store in Barcelona. He stumbled across a tattered copy of six cello suites by Johann Sebastian Bach. These pieces, written in the 1720s, had long been obscure. But for the young Pablo, their melodic beauty was audible.


He spent the next 12 years practising them every day before he would perform them in public. Casals’s superb rendition ensured the cello suites attracted a mass following, and they became the hallmark of the virtuoso cellist’s fabulous career.

They certainly enthralled Eric Siblin, a former pop-music journalist. “The Cello Suites”, his first book, vividly chronicles his international search for the original, and unfound, Bach score. The story is interspersed with digressions on the lives of Bach and Casals, which deftly reveal how contemporary politics shaped their music, and buffeted their careers. For Bach, for instance, “there is a straight line connecting Prussian militarism with [his] six suites.”

Mr Siblin’s book is well researched, and filled with enough anecdotes to engage even the classical-music aficionado. One of the suites, for example, exhibits the musical refrain B-flat, A, C, B, which in German usage spells Bach. Bach’s music also displays a fetish for Kabbalistic numbering. But the book is best distinguished by its writing. To vivify music in words is not easy. But Mr Siblin, who memorably describes one Bach passage as a “spine-shivering, jewel-encrusted melody on a swath of organ and strings”, rises to the task.

The dearth of data on Bach makes an accurate character portrayal difficult. Yet the book manages to chip away at the stuffy image of Bach famously fanned by a Saxon court painter, Elias Hausmann. Instead, we see Bach the irascible youth, the ambitious careerist, the grieving husband, and the father (of 20 children, only ten of whom survived infancy) keen to send his sons to university.

A fuller picture of Casals emerges. His musicality was complemented by an unwavering love for his native Catalonia, whose customs and people Spain’s fascist forces began to destroy in the civil war. Casals’s outspoken opposition to General Franco’s government kept him exiled in France. He refused requests to play the cello suites in the many countries that recognised the regime. Spain’s government swore to amputate his arms if he returned.

Casals’s mix of genius and musical martyrdom made him a geriatric superstar. In 1958 he played at the United Nations in New York (assuring himself that it was not American territory) in a concert that reached more listeners than any other to date. In 1961 President Kennedy invited him to the White House. Casals’s lifelong political torment was ultimately tempered by domestic bliss. Aged 80, he married a former student, 20-year-old Marta Montanez, and spent his final years with her in her native Puerto Rico.

Mr Siblin never found the original script. It remains unclear whether Bach even meant the suites for the cello. The sixth suite curiously calls for an instrument with five strings, whereas the cello has only four. One thing is sure. Read “The Cello Suites”—preferably with their melodious hum in the background—and you will never look at a cello in quite the same way again.