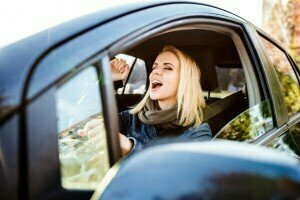 Would you be delighted to hear nothing rather than hear your car cue up that one song, again and again, when you plug your phone in? You’re not alone, and Samir Mezrahi has the solution. (DREAMSTIME PHOTO)

Samir Mezrahi’s silent track solves the problem of the same song playing each time a phone is plugged into a car.

Since his new song dropped on iTunes earlier this month, a few folks on Twitter have said Samir Mezrahi is living in 3017.

The 35-year-old New York City resident’s “A a a a a Very Good Song” — a silent track that runs for just under 10 minutes — is sitting in the 95th spot on American iTunes and is being praised for solving what some iPhone owners have found to be a wildly annoying glitch. Full story.